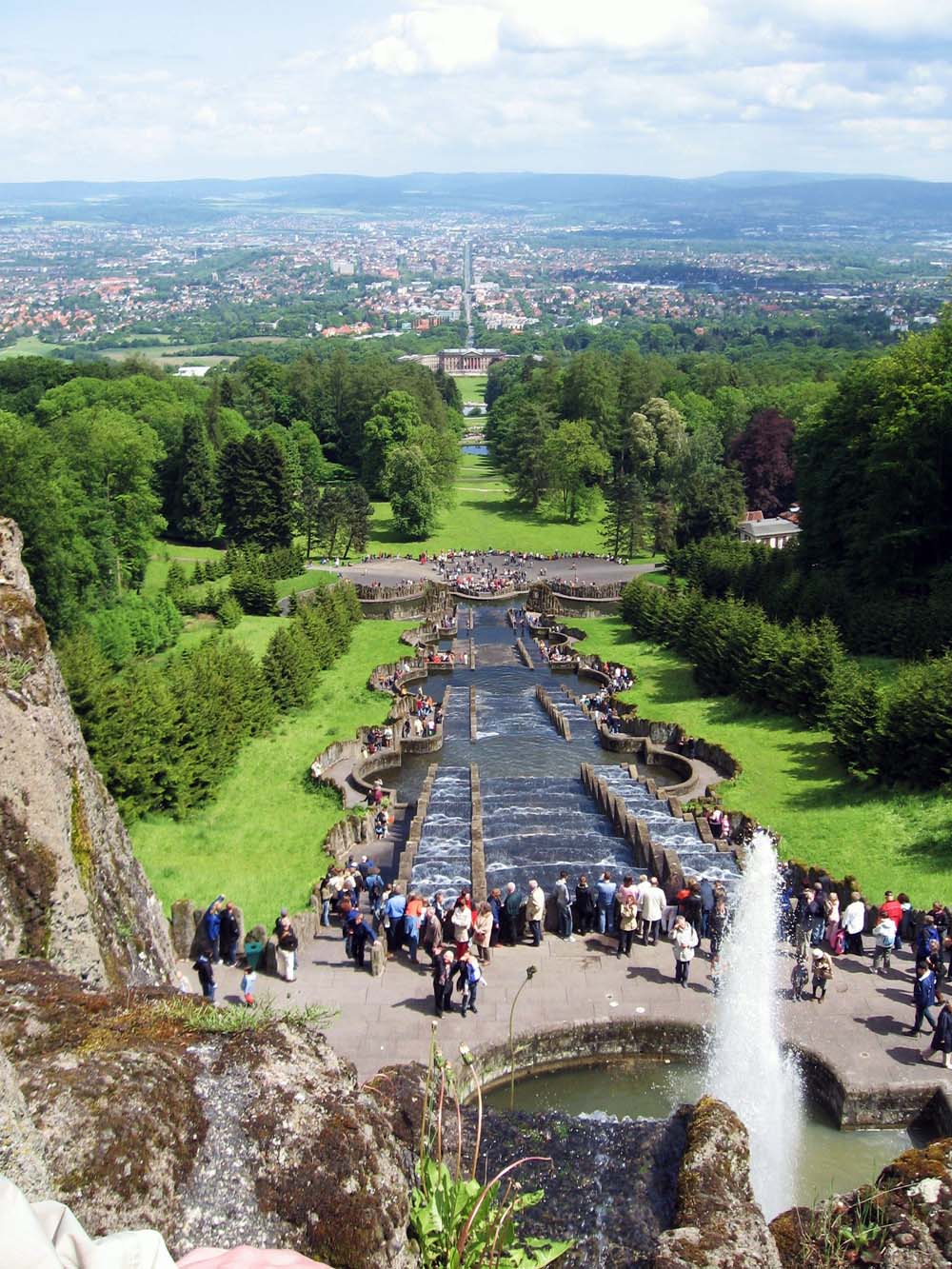 View from the Bergpark Wilhelmshöhe (mountain park) to Kassel, with the Baroque Water feature in operation. In background the castle Wilhelmshöhe and street “Wilhelmshöher Allee” to city.

Wasserspiele or Wasserkunst (‘water games’ or ‘water art’) in Bergpark Wilhelmshohe, Kassel, Germany has been recommended by Robert M. Weir, a US Writer, Author, Editor and Speaker whom I had the pleasure of meeting at my New Years’ Eve party in Sydney. It sounds like a great event to visit and has been added to the Views On Top app database for launch.

Bergpark Wilhelmshohe (Mountain Park) is in northern Hesse Kassel , and with an area of 2.4 square kilometers, it is the largest mountain park in Europe and a landscape park of international standing. On 23 June 2013 he was appointed as UNESCO World Heritage Site recognized.

The ‘games’ or ‘art’ happens when around 350,000 litres of water is released from a reservoir high atop a hill next to a huge statue of Hercules at a UNESCO world heritage site.

The water cascades down a stepped, concrete water-course and over manmade falls into a pool. From there, it goes underground. People stand atop the hill – as high as possible next to Hercules’ feet – in anticipation of watching the first bit of water be released. Then they run down the steps and a grassy slope, racing the water they can hear thundering through subterranean pipes below their feet. 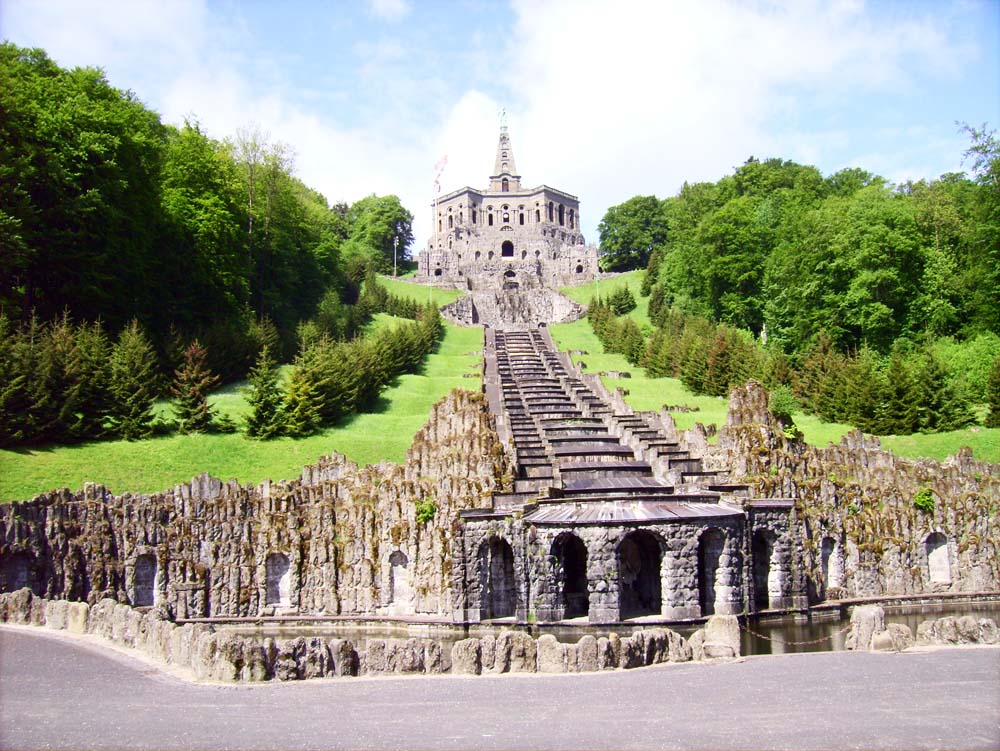 The water emerges at a pond with a stone waterfall at a midpoint point, and some people hang out there to enjoy this view. But the best experience is to run all the way to the pond at the bottom of the hill, hopefully arriving before the water resurfaces again. When it does, the spray shoots about 80 metres into the air for about 20 minutes. Built in the 1700s, this is all a matter of gravity and hydraulic pressure, not mechanical pumps.

The Hercules monument is 70.5 metres high and the statue was being resurfaced when Robert was there so you couldn’t climb to the top.

The view from the top of the hill is of the grassy slope in the foreground; the summer residence (palace), forests, and park of German emperor Wilhelm II in the middle ground; and the city of Kassel in the distance. The view down the slope also aligns perfectly with one of Kassel’s main streets.

Wasserkunst happens from 1 May – 3 October at 2.30pm on Sundays, Wednesdays & public holidays, and is usually attended by thousands. Sounds like a lot of fun!