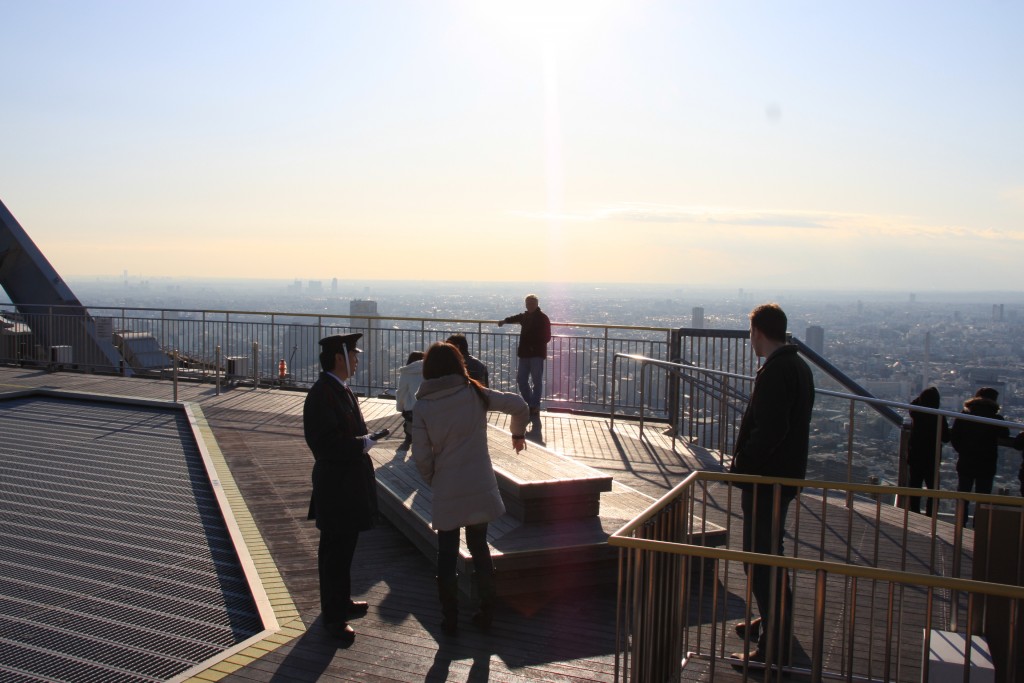 Walking outside on the top of Mori Tower is surreal, with a helipad in the middle and plenty of security guards watching to make sure you don’t overstep ‘the line’. The views over Tokyo are simply stunning, to Mt Fuji on a clear day.

The railings at viewpoints in the corners hardly seem high enough but as you’ve had to check all your belongings except a camera in lockers before you visit, there’s no risk of throwing something over the edge. 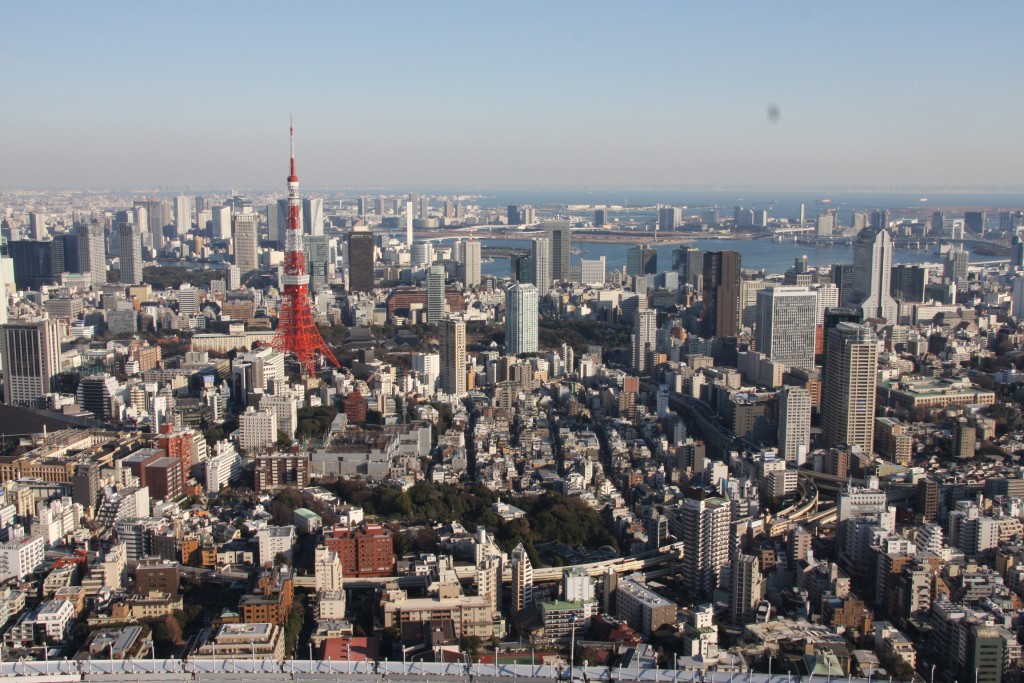 Tokyo, the view from Mori Tower.

The views are simply stunning – to Mt Fuji and over the whole of Tokyo city below.

I was there before SkyTree was built so my photos don’t show that iconic building, but I hope to visit Tokyo again soon to scale that! 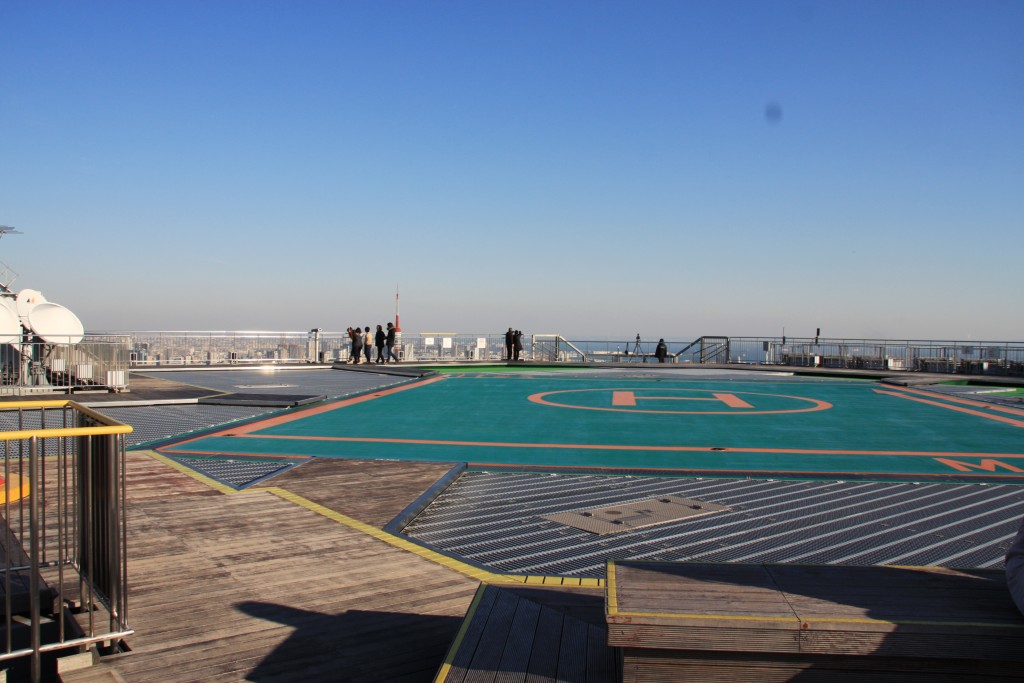