Back to where it all began: New York City 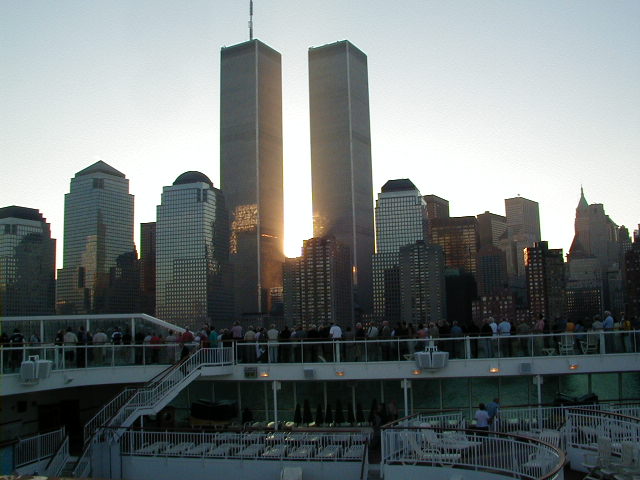 On 9 September 2001 I arrived in New York with my husband and two young children following an 8-day cruise from England.

We crossed the Atlantic on the inaugural voyage of P&O’s Aurora, cruising into New York on the Hudson River and enjoyed the excitement of watching the sunrise between New York’s Twin Towers. 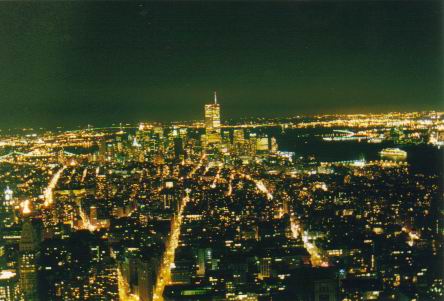 New York at night from the Empire State Building.

On our first evening we went to the top of the Empire State Building to savour the night skyline and watched Aurora leaving with the Twin Towers standing tall on the horizon.

The next night, 10 September 2001, we had cocktails at two funky bars at the top of the North Tower of the World Trade Centre, ‘The Greatest Bar on Earth’ and ‘Wild Blue’, both recently refurbished and setting up for an evening’s partying. 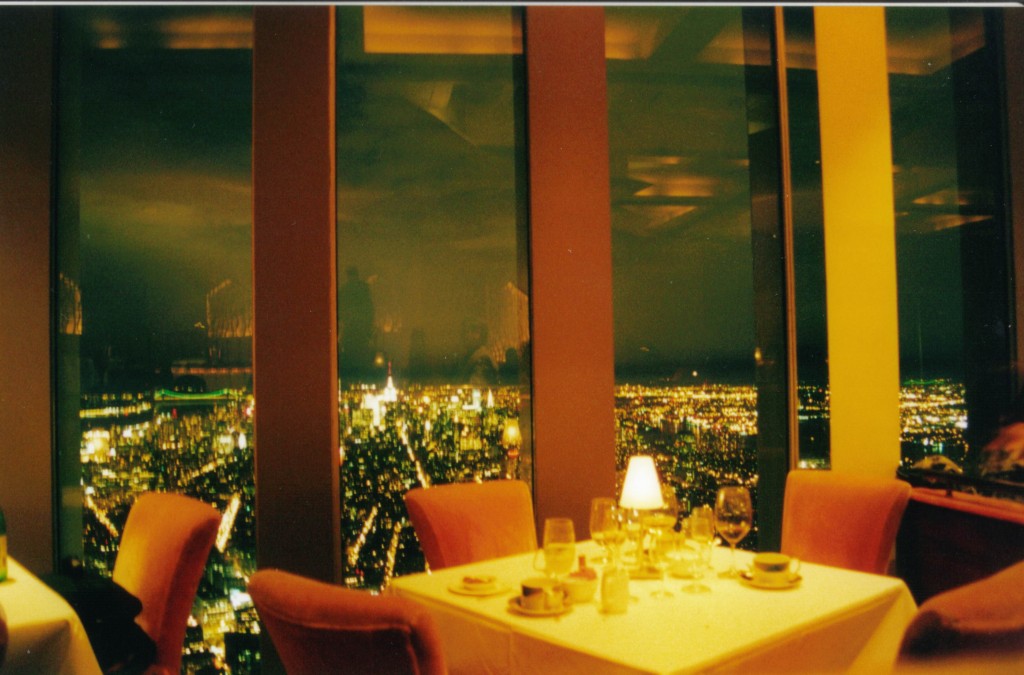 Dinner at Windows on the World

We then dined at ‘Windows on the World’, New York’s most iconic restaurant at the time with a $1m wine cellar and stunning views over Manhattan.

My photos and memories of that night – including the label from our bottle of wine, my ‘customer feedback form’ that I filled in then kept as it had a lovely photo of the view on the back, my metro ticket and even a copy of the credit card receipt – are priceless …

As everyone knows, the next day, September 11, terrorists destroyed these buildings.

We’d never expected ours to be one of the final meals at this beautiful restaurant and I often think of the many people who lost their lives the next day, some of them tourists like me who’d started their day as we’d ended ours the night before, enjoying the wonderful views over New York… 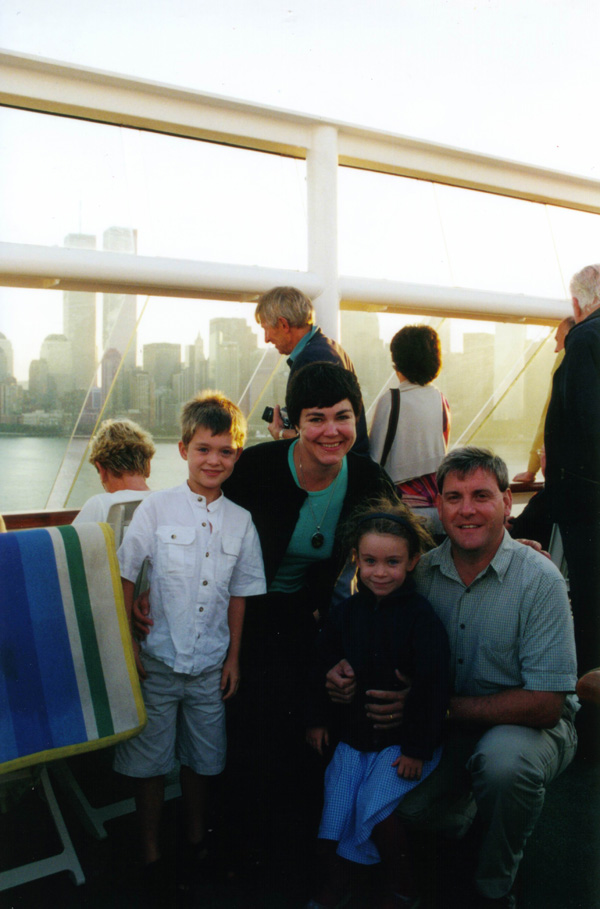 The family on board with the Twin Towers in the background.